skip to main | skip to sidebar

Crowdfunding is a technique employed by social ventures for raising start-up/growth capital from a community of ‘believers’, willing to put money where their mouth is. The word itself was coined back in 2006 after a term of ‘crowdsourcing’, i.e. a technique employed by Wikipedia and others whereby a certain task is performed by an undefined group of people (e.g. knowledge is shared on Wikipedia by anyone who considers himself/herself to be an expert on the matter).

Crowdfunding is employed predominantly by social ventures or charities and involves attracting donations/‘investments’ as small as 5-10 USD in return for monetary or non-monetary rewards to the ‘investor’. ‘Investments’ are not a traditional acquisition of a share of business, but rather a purchase of a right to belong to a community and receive certain returns.

Monetary rewards can include revenue participation; non-monetary ones range from product samples or invitations to parties, to pure satisfaction from contributing to a socially significant cause. Most donations/‘investments’ are made online, with some done through social networking websites. Crowdfunding enterprises are not regulated by the financial services authorities and, therefore, have to be careful not to use the standard investment jargon.

More organizations are starting to use crowdfunding as the main source of finances for their ventures:
• The Age of Stupid, http://www.ageofstupid.net/, is a film, aimed at raising public awareness on climate change and forcing the UN to address the issue at their December convention. It has pioneered crowdfunding back in 2004 and has since raised over 800,000 GBP for production and distribution of the film.
• Ebbsfleet United football team covers its costs through encouraging community ownership and participation. For an annual fee of 35 GBP a person can co-run this club with other funders, voting on decisions about team membership and games. (http://www.myfootballclub.co.uk/)
• Beer Bankroll is a community-managed beer company. Investors ($50 annual membership fee) decide on the company name, logo, product mix, marketing plan etc. (http://www.beerbankroll.com/)

Some ventures have successfully adopted crowdfunding as a business model, retaining up to 10% of funds raised through their web-site by other ventures:
• SellABand (http://sellaband.com/) facilitates raising funds by musicians for the production and distribution of their albums.
• Kickstarter (http://www.kickstarter.com/) is a platform for entrepreneurs in a variety of sectors to raise money for their projects.
• Changing the Present (http://www.changingthepresent.org/) is an online platform for non-profits to present their projects, increase public awareness and raise funds through donations.

While the claim by some that crowdfunding will replace donations is doubtful, the growing interest in the technique by an ever larger number of social enterprises is certain.

[Article prepared by Viktoriya Dzyuba for CIVA, www.civa.org.uk]
Posted by Vika at 14:04

Email ThisBlogThis!Share to TwitterShare to FacebookShare to Pinterest
Labels: Crowdfunding 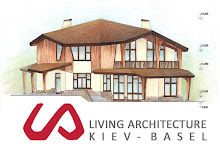